In a world full of fetishes and fantasies, don’t be surprised by the weird fetishes people can have. And one such fetish is called a sock fetish.

So let’s jump in and discuss on who has this sock fetish, why do some people even like it and more.

What is a Sock Fetish?

Yes, we know it’s kind of nauseous but for some people, it’s a fetish and they love it. So let’s dive in and read on everything that you need to know about sock fetish!

Why Someone Can Have a Sock Fetish?

Well, it’s hard to say why someone can have such a weird sock fetish. But usually, if a person has a foot fetish then the person will tend to have a sock fetish too.

If someone likes the smell of your feet and then there is a very good chance that the person will love smelling your socks too!

Is it Normal to Have a Socks Fetish or is it Stupid?

Some people even have a scat fetish. Think about them. LOL.

Fetishes are common and sock fetish is one of them and it’s normal! I’m sure there are a lot of people out there with this fetish but nobody really talks or discusses about it and that’s why you think it’s not normal.

Check this Reddit thread by a user named Ashamedsockguy who has shared his discomfort situation but if you check the comments, a lot of people have given positive answers i.e most think that it’s normal to have such a fetish.

The reason might depend on person to person but the main reason can be you are submissive and you like to be dominated. Another reason is your fetish for foot sniffing and that can directly have an effect on socks sniffing too.

Who Has a Sock Fetish?

Any gender or any age person can have a sock fetish. We don’t know what % of people around the world have this fetish. Maybe if someone goes on an anonymous survey on this, we would know.

And nobody really talks much on this, so we can say not a lot of people have a sock fetish. Generally, a person who likes the feeling of being dominated has a sock fetish.

Some even love it when the dominant female puts her dirty socks into the mouth of the submissive male. It’s a huge turn-on for a few males watching females with beautiful feet and sexy nylon socks.

Sock fetish can also be considered when a person who loves making use of socks for jerking off or a person can also be turned on during sex when the partner is wearing sexy socks!

So sock fetish doesn’t just mean that one likes to sniff and kiss another person’s socks.

How to Talk to Your Partner About Your Sock Fetish?

Most fetishes can be discussed with your partner without much fear but talking about sock fetish can be a little tricky.

If she doesn’t react to anything, keep doing it for a while and start kissing other parts of her body. Do this every time you are sexually involved and eventually talk to her and explain how much you love smelling her socks and how it turns you on.

I know it will be very difficult to talk about sock fetish, especially with your partner whom you never wanna lose but you have to figure a way out or else you just keep the secret sock fetish to yourself.

Where to Watch Sock Fetish Videos if You Love This Kink?

You can watch sock sniffing or worshiping videos on a lot of adult sites out there for absolutely free. Watching those videos might get you an idea as well on how to approach your partner with the fetish you have.

If you love to sniff female socks then there is a website named dreamgirlsinsocks where you can watch a lot of beautiful ladies forcing a guy to sniff their socks and feet.

When it comes to fetish forums there is no better place than a subreddit community. Below are the few subreddits which I thought would be great for sock fetish lovers.

Have a look at the below subreddits where you can find a lot of photos, and videos on sock fetish.

Can You Make Money By Selling Your Used Socks?

Till now we have read about sock fetish, now let’s see how one can make money by selling their used socks. You won’t imagine but selling socks can be really profitable.

The demand for used stinky socks is growing and one can make the best use of it by selling them to the people who love stinky sock fetish.

Gym socks, ankle socks, and any kind of used and unwashed nylon socks will sell well. Make sure you post the pictures of the socks wearing it and take a good picture of your feet as well and people will be enticed to buy them.

How much you can make by selling your used socks completely depends on your ability and how you promote it and where you promote it.

This guy on reddit has made 1000s of dollars selling his used socks. So if you are thinking only females are having the edge in this game then it’s time to rethink!

Also, this article from popcrush where a 25-year-old OnlyFans guy named Billy Joe Gray is making approx $2K per month just by selling his stinky socks!

Why Would People Buy Your Dirty or Stinky Socks?

As already explained, people will buy your dirty used, and stinky socks because they love them and they want them.

There are hell lot of marketplaces these days through which you can easily sell your dirty socks and sock fetishers will happily buy them.

You can sell used socks on eBay, Etsy, or in marketplaces like snifffer.com. Selling used socks is a win-win for both parties. You as a seller will receive a lot of cash by selling the dirty socks that you don’t even use anymore and sock fetish buyers will adore your dirty socks for fulfilling their fantasy!

How to Get Rid of the Sock Fetish?

A fetish is something that is hard to get rid of. If you can’t get off it, then just don’t and just try to enjoy your fetish because YOLO!

But if that fetish is making you sick or making you uncomfortable in living a normal life then you should get an appointment with a therapist and see how you can deal with it!

That’s a wrap to the sock fetish article. Honestly, there is nothing to feel guilty or bad about having a sock fetish because every individual will definitely have one or the other kind of sexual fetish.

For some, one fetish might seem weird and for another it is love and where there is a fetish there is love.: DD 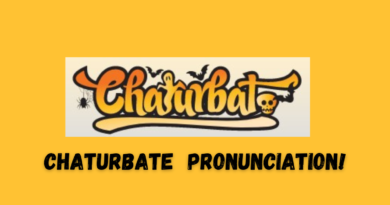 Chaturbate Pronunciation | How to Pronounce It in English? 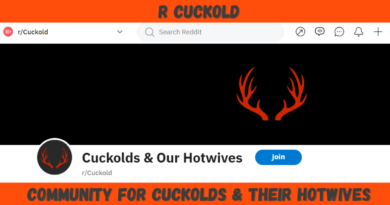 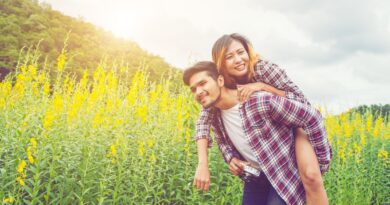 Getting Back With Ex After Long Time of Break Up